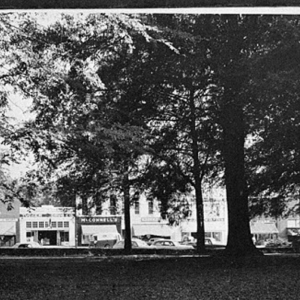 In February of this year, The Eatonton- Putnam Chamber of Commerce opened a newly renovated building at 108 West Marion Street in Eatonton across from The Putnam County Courthouse.
The renovation began last year in 2019. It included redesigning the work areas in the front of the building to best fit both the Chamber of Commerce and the Visit Eatonton Welcome Center. The front half of the building has exposed brick running the length of each outside wall and a decorated tray ceiling as well as original narrow plank wood floors. The back half of the building which was a series of offices is now an event space with updated finishings.

The earliest records show the tenets of Marion Street beginning in 1884. The majority of the stores on this street were dry goods and general stores. Over the course of almost 50 years, many of these dry goods and general stores became banks, jewelry stores, clothes stores, furniture stores, grocery stores, and a meat store among other ventures as the area became more populated and specialized. 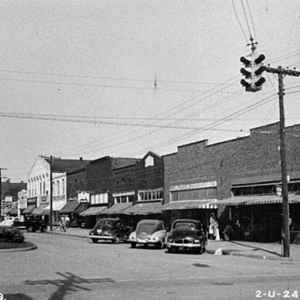 108 W Marion, where the chamber is now, was considered a general store until 1921 when records showed it as a hardware store. The next records over two decades later in 1945 show the addition of the back half of the space and a separate vault. 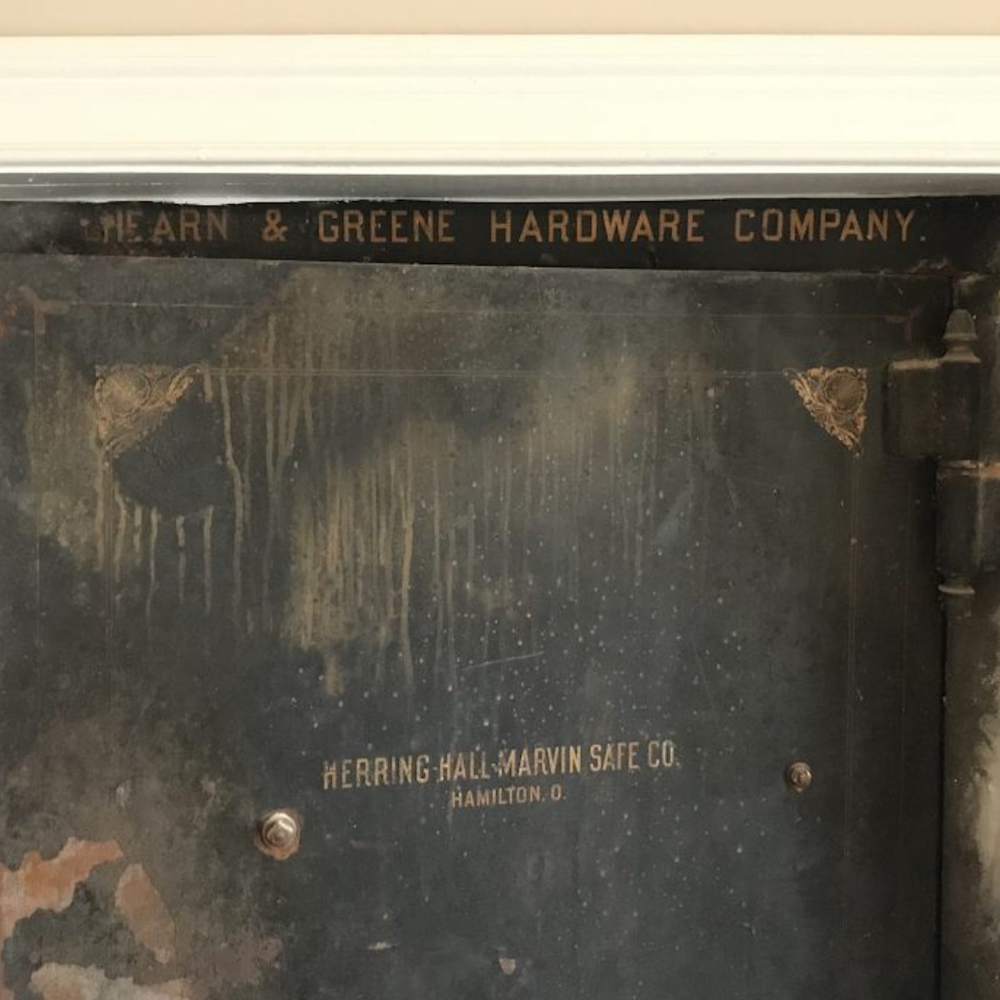 On Friday, October 10, 1913, there was a massive fire on the block of Marion Street. The fire affected as many as seven stores on the block, mostly dry goods stores that lost all of their contents and the hardware store which contributed to the fire. According to a newspaper article from the Cochran Journal, the Hearne & Greene Hardware Company had a live wire and powder kegs in their building which intensified the fire. For days following the fire, businesses placed what they could salvage from their stores on the lawn of the courthouse. There was reported $100,000 (c.1913) of damage that insurance would not likely pay half of. Today that would be upwards of 2.3 million dollars lost.

After the additional records of the vault in 1945, there is not much direct and public evidence of the timeline of this space until 1998 when the Adams and Ford Law Office purchased the building. 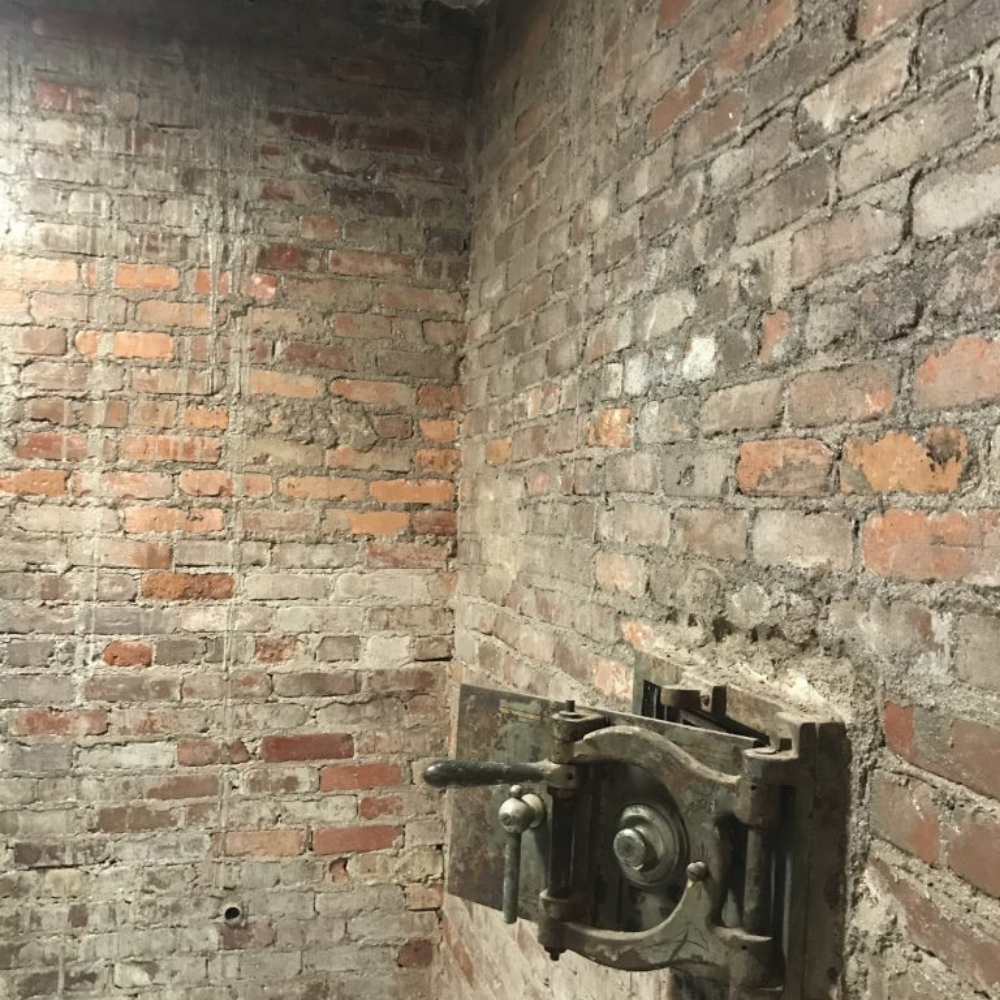 Moving to a more central location in Downtown Eatonton has proved to be a productive move especially for the Visit Eatonton Welcome Center. Even in a global pandemic, visitor traffic increased since the office reopened on Monday, May 18, 2020. With this optimal building and location, the Chamber and the Welcome Center hope to encourage other businesses to join them downtown. 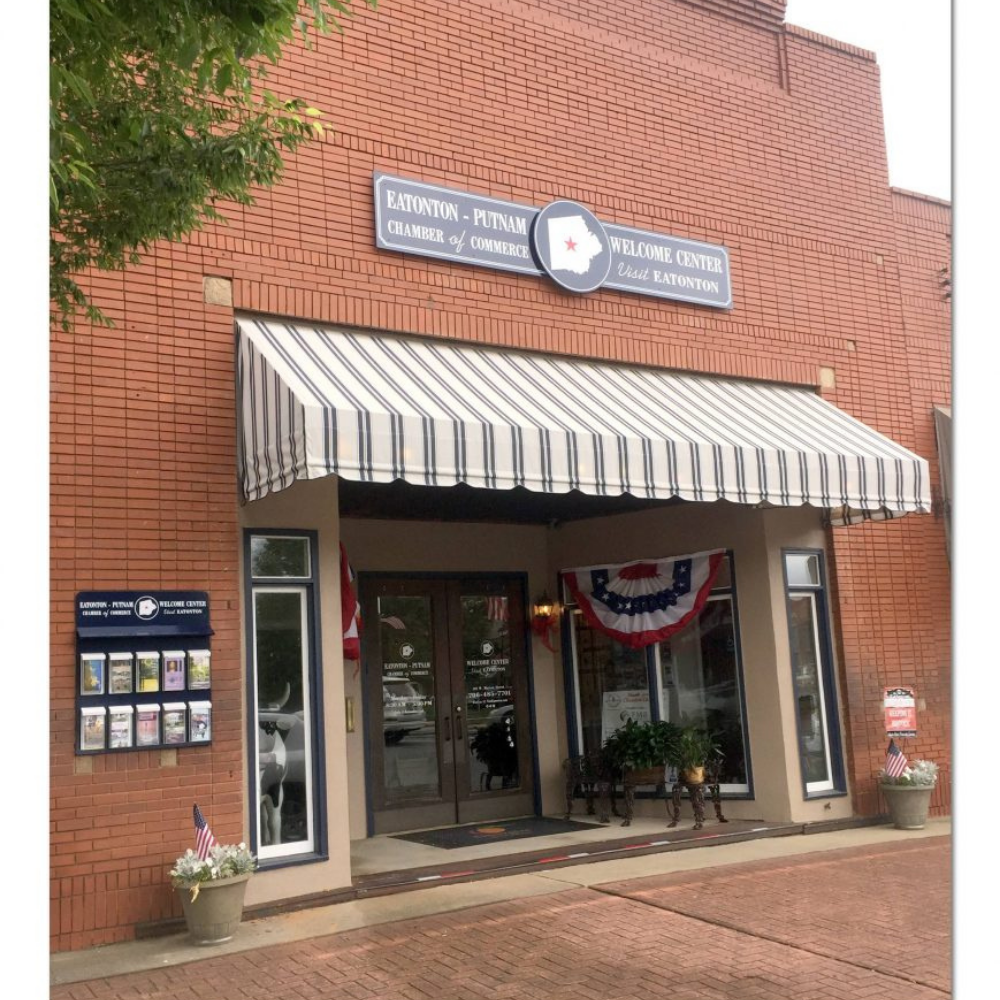