Creative talent has flourished in Eatonton and Putnam County in the past century. In recent years, the community has further embraced the wide range of art produced in the area. Through both private and public initiatives, Eatonton is getting closer to being an arts destination that not only focuses on artistry here but attracts artists of a variety of mediums to create works of their own in the area. 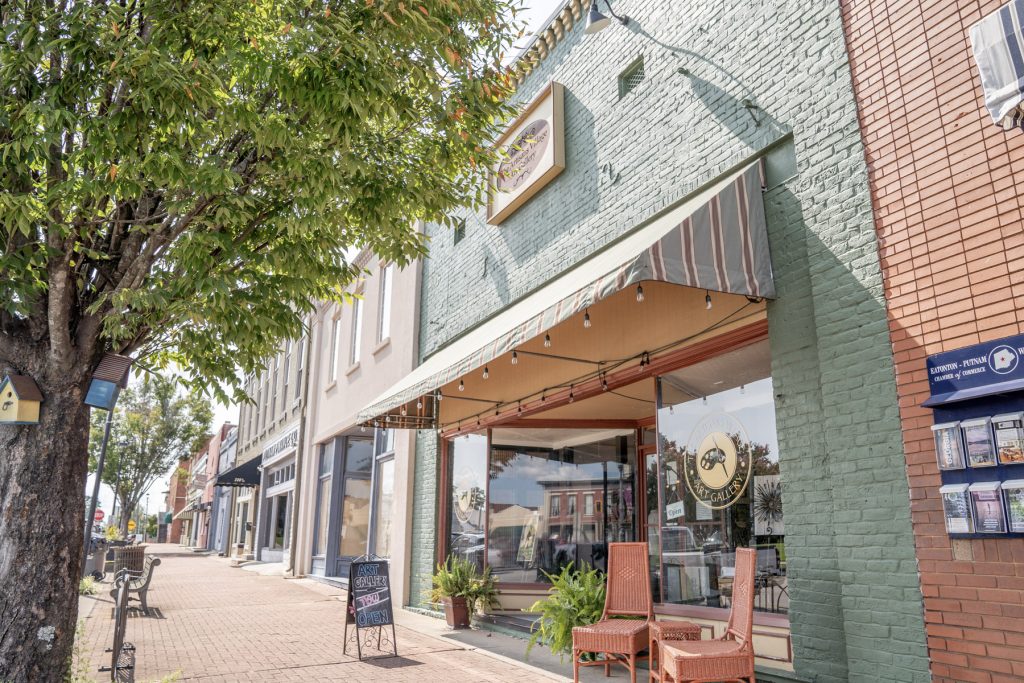 The Artisans Village Art Gallery is Eatonton’s gallery stocked with original art from local artisans. The gallery features a variety of mediums and styles from paintings to card gourds. This is a perfect place to shop for one-of-a-kind gifts! 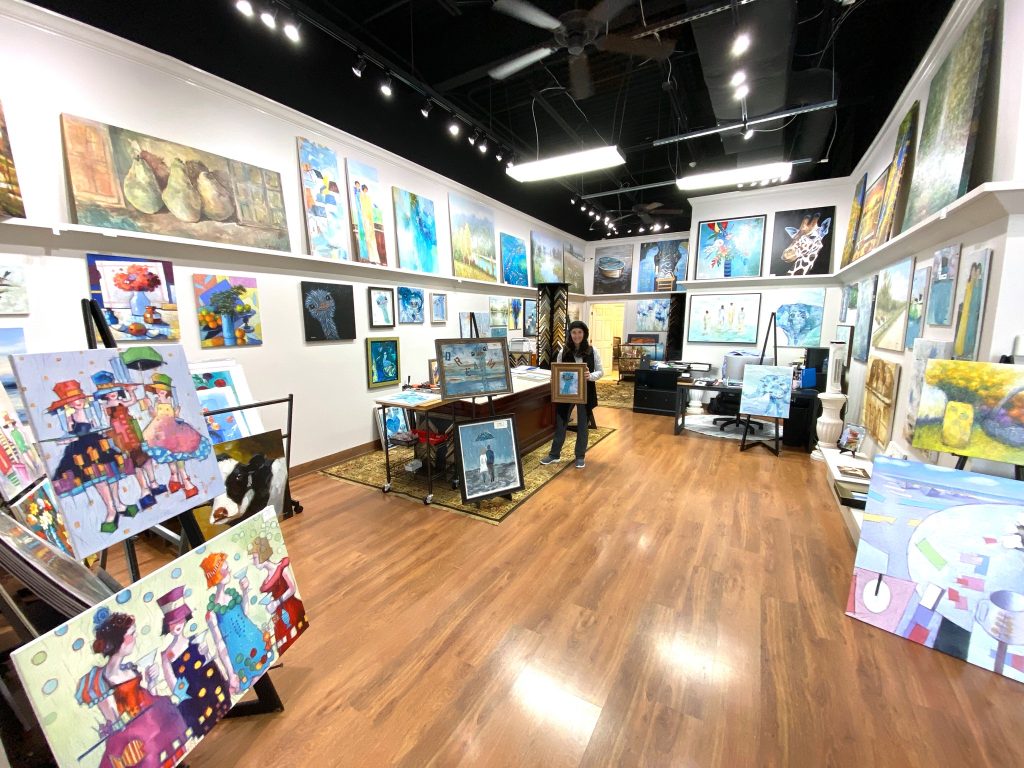 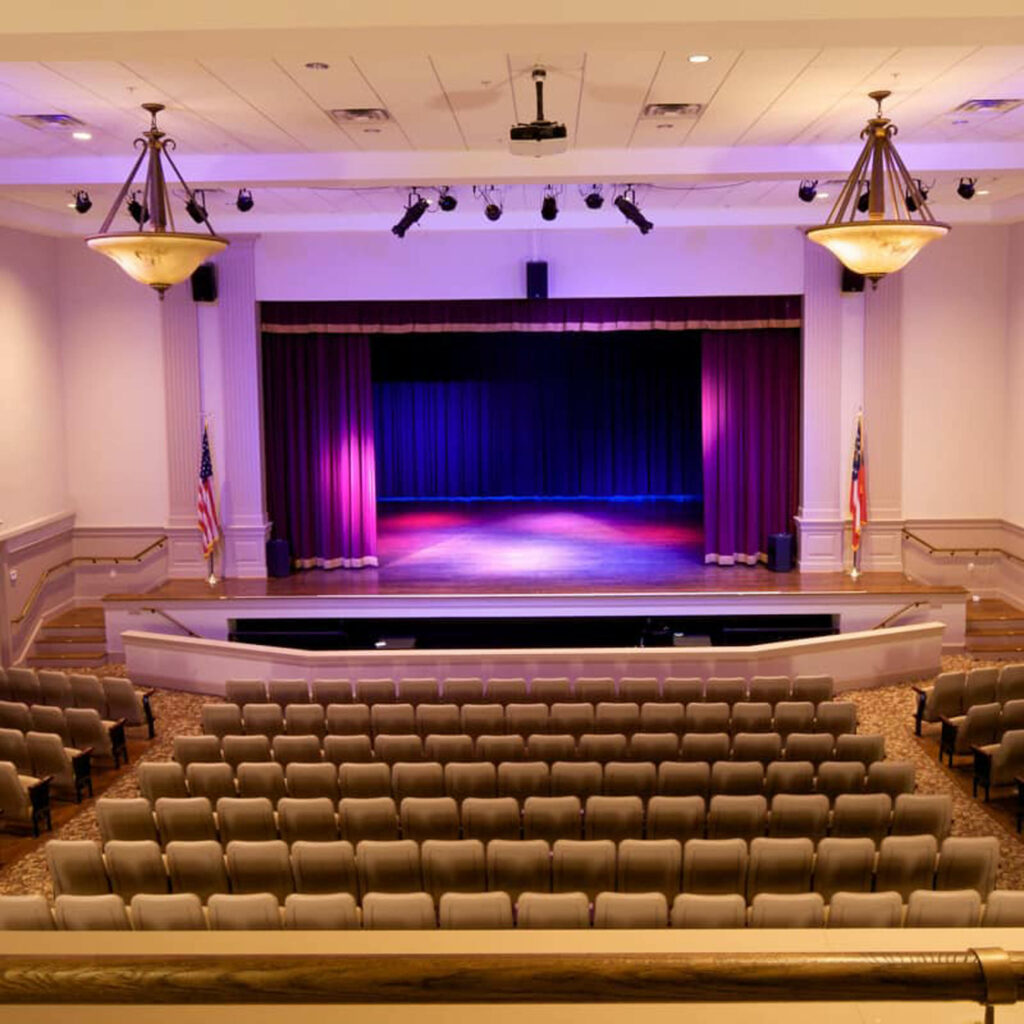 Located on historic Madison Avenue, the Plaza Arts Center focuses on bringing all aspects of the fine arts to the Eatonton and Putnam County community. Located in the former Eatonton School, the renovated building supports the growth of Eatonton’s vibrant art community through concerts, performances, and interactive events to attract diverse audiences throughout middle Georgia. 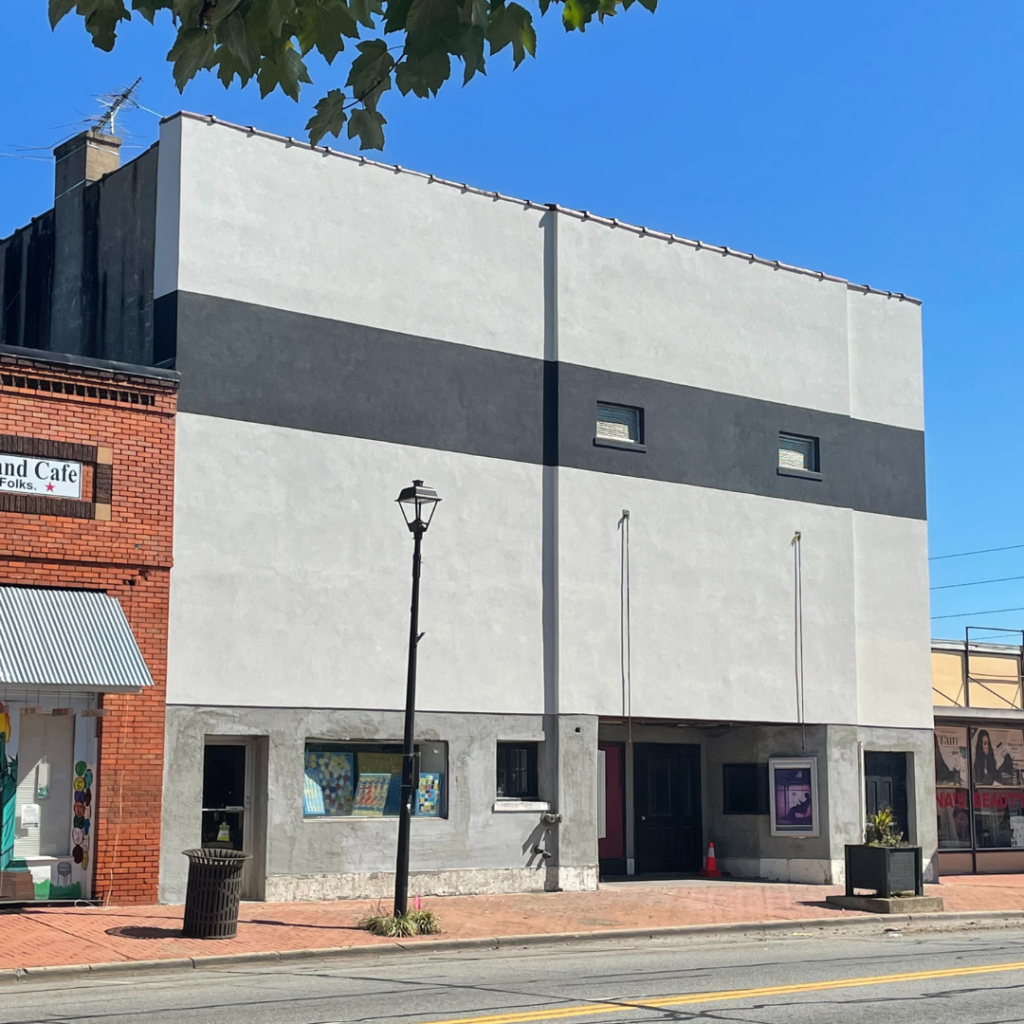 Opened in 1941, the PEX Theater quickly became a landmark in downtown Eatonton as a gathering place for the local community. Historically, the PEX was the theater to premiere The Color Purple, the movie based on the novel written by Eatonton local Alice Walker. After closing its doors in the 1980s, the PEX had fallen into disrepair in the decades since. In 2019, the Downtown Development Authority (DDA) purchased the PEX to restore the theater. The project is active with the DDA repairing specific needs periodically.

As arts continue to flourish in Putnam County, Eatonton has seen its own unique growth of murals throughout downtown. Murals have graced the historic brick walls of downtown businesses for decades and modern revitalization has since brought those back to their original vibrant colors.

In recent years, murals portraying local attractions and notable residents have become a popular use of vacant wall space. For more information on the journey of many historic murals, visit the Artisan’s Village website.

Designed by local artist Valerie Aranda and painted by volunteers.  Painted in 2021
Previous
Next