Know our past, appreciate our future.

Putnam County is home to a rich array of museums and historical sites sure to delight visitors and residents alike.

Eatonton, Georgia was founded as the county seat of Putnam County in 1808 consisting of property given in the land lottery of the same year. Long before the land lottery, Native Americans of the Muscogee Creek Tribe inhabited the area, creating two effigies within the county.

Before the Civil War, the area prospered with its proximity to the then state capital of Georgia. In addition to the official business happening in the city of Eatonton, Putnam County’s rich farmland provided ample opportunity for farming of various crops, the most prominent being cotton, a mainstay at the time. In addition to farming, various mills and manufacturing areas of the county arose to supply the ever-growing southeastern United States. 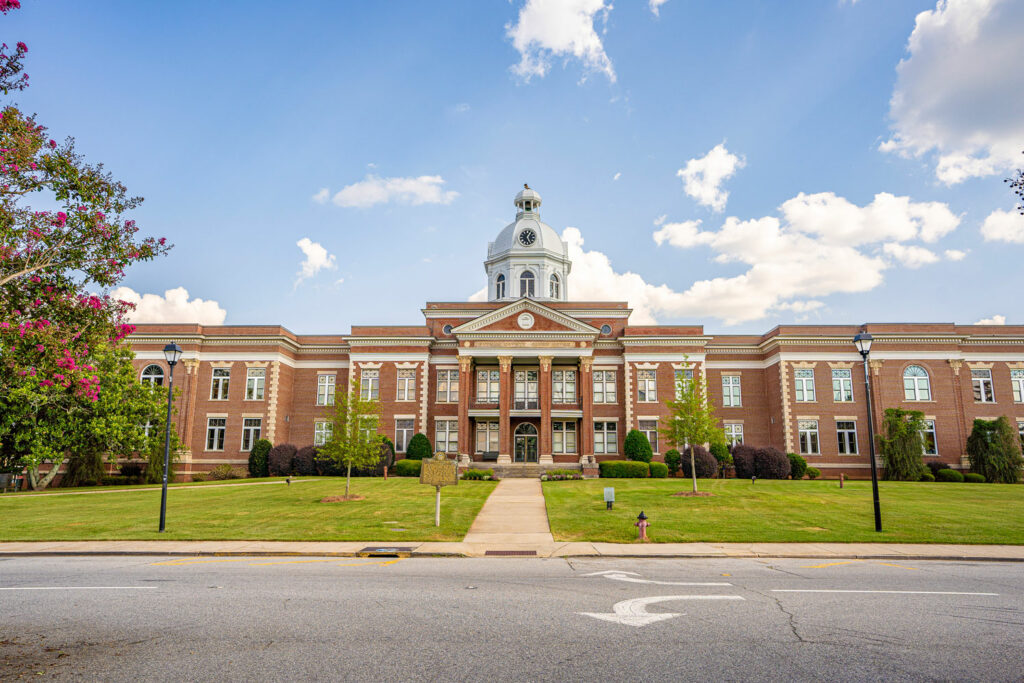 During the Civil War, Putnam County provided many groups of troops who periodically left the area to fight across the southeast. Prominent women of Eatonton formed the “Ladies Aid Society” to sew uniforms, patches, and even flags for the community. Wounded soldiers from the ever growing Atlanta, were transferred to Eatonton where hospital beds were set in the Eatonton Academy as well as the courthouse. Near the end of the war, Sherman’s famous March to the Sea went through Eatonton, exclusively concerned with destroying the Eatonton Manufacturing Company and the Eatonton Cotton Factory. Joseph Addison Turner’s Turnwold Plantation suffered a loss as well when his storage facilities and warehouses were burned, leaving only the large plantation home on the property. Following the war-stricken years, sharecropping became the prominent way of life for Putnam Countians.

Just before the Civil War, Dr. Hunt, the new resident of Panola Hall, brought 15 Jersey cows to Putnam County, in hopes to conduct experiments within the dairy industry. These cows become the first dairy cows to grace the rolling hills of Putnam County, a tradition that continues to live on today. In addition to cows, Dr. Hunt practiced extensive unique horticulture cultivations that still grace the properties along Madison Avenue in downtown Eatonton.


Following the Reconstruction period, Eatonton’s dairy industry boomed with multiple family dairies actively conducting large scale operations throughout the county. The production of cotton slowed across the county and farmers diversified their crops to include corn, peas, oats, rice, barley, and sweet potatoes, some of which are still widely planted today. Manufacturing and the sale of goods were the main business in downtown Eatonton during the turn of the century. With commerce booming in the area, two locally-owned and managed banks formed in the town in 1890 and 1891.

With the booming industries, tourism to the Oconee River became a hot-commodity for the segment of the population who had retained their wealth throughout the war and had time for leisure travel. The Oconee Springs Resort offered travelers an opportunity to bathe in the natural springs on the property. Visitors could also camp and fish in the waters of the Oconee River while visiting. Another resort, the Glenwood Springs Resort opened in the county offering similar attractions.

The turn of the century brought on hardships for the previously established farmers in the area, the bollweevils caused cotton to crash and land values to bottom out. Those who had relied on the fertile land of Putnam County as a source of income were forced to leave the area for more promising endeavors. Former cotton farms became dairies as people became more comfortable with the dairy industry.

Throughout the 1940s and 1950s, the dairy industry hits a major boom. In 1946 alone, the Eatonton Co-Operative Creamery recorded $1,406,000.00 of sales, over $20 million today. In addition to the dairy industry growing, community involvement and improvement blossomed as well. A host of organizations offered citizens the opportunity to connect and get involved in a variety of programs and projects.

The 1960s and 1970s brought yet another boom in manufacturing. Horton Homes, a manufacturer of modular homes opened their doors in 1970s, providing the southeastern United States with homes for many decades to come. This shift to product development and building signals growth in the industrial park area of Eatonton.

Putnam County and Eatonton continue to make notable advances in creating an opportune place to live, work, and play. These achievements will likely get added to the long lineage of progress in this community. 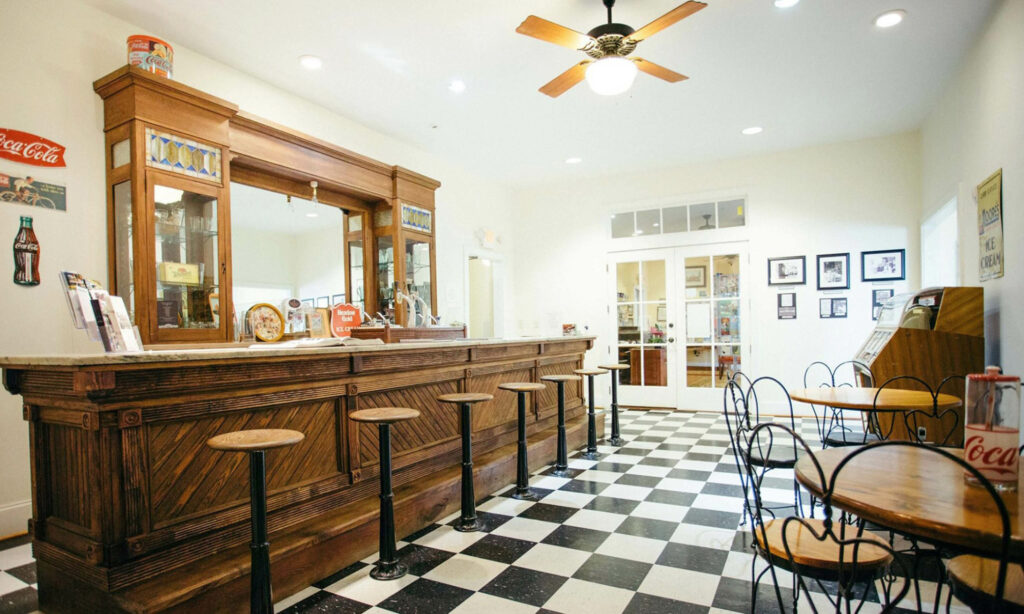 The best place to learn more about the history of the area is the Old School History Museum. Created in 2009, this interactive museum gives a glimpse into the past of the people who have lived in Putnam County over the years. Located in the Plaza Arts Center on Madison Avenue in downtown Eatonton, it is convenient for visitors to stop in. 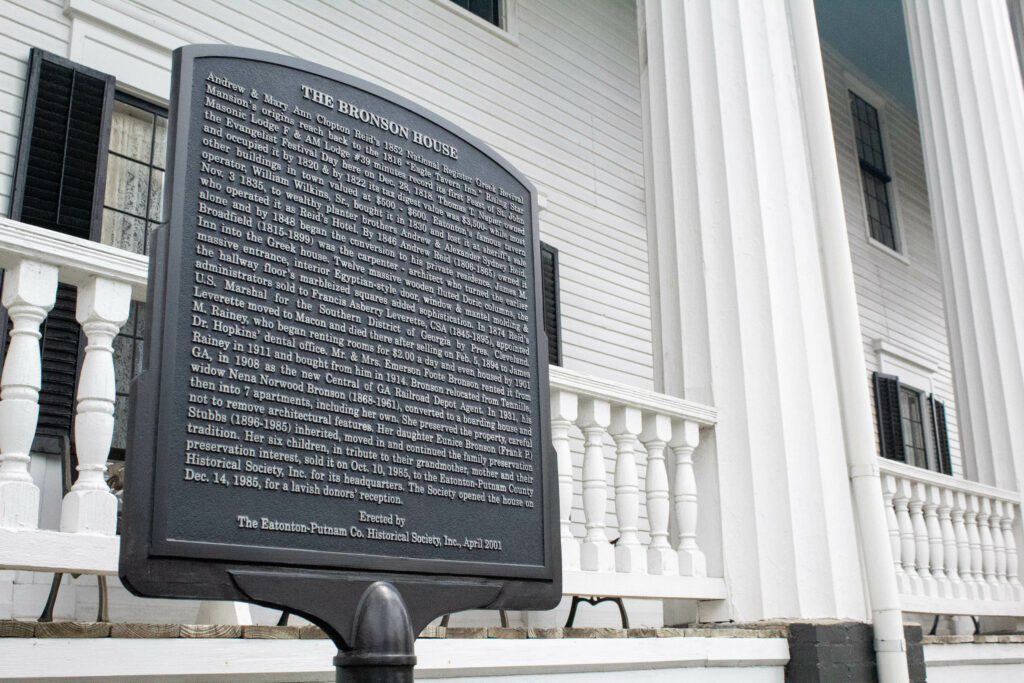 The Eatonton- Putnam County Historical Society offers detailed history including genealogy, family data, and cemetery information for Putnam County and the surrounding areas. The historical society owns and is actively responsible for renovating and upkeep the Bronson House, a historic home on Madison Avenue.