The First African-American Woman to Win a Pulitzer Prize

This award-winning novelist, poet, short story, and essay writer was born in small-town Eatonton, nestled between Lakes Oconee and Sinclair and the Oconee National Forest – on February 9, 1944.

Like many high school students, I remember reading The Color Purple by Alice Walker – the first African-American woman to win a Pulitzer Prize for fiction. When visiting family in Georgia, imagine my delightful surprise when I realized I am close by where she grew up. This award-winning novelist, poet, short story, and essay writer was born in small-town Eatonton, nestled between Lakes Oconee and Sinclair and the Oconee National Forest – on February 9, 1944, the eighth and youngest child of Minnie Tallulah Grant and Willie Lee Walker, who were sharecroppers.

A friend suggested the Alice Walker Driving Tour, and off we went. Even though younger kids might not yet be ready for the book, I thought it was important for my little clan to participate in the experience to learn more about this accomplished author who also worked to address problems of injustice, inequality, and poverty as an activist, teacher, and public intellectual.

Eatonton is in the heart of the Antebellum Trail – where heritage is deeply rooted in the community. We quickly learned that the people of Eatonton understand the value of preserving the past, which you can see just by taking a stroll through our downtown, which is lined with antebellum, Gothic, and Victorian-style homes.

The driving tour took us to a number of places important to Alice and her family. Our first stop was the PEX Theatre, a small quint one-screen movie theater open from 1945 to 1970 when they lived in the area. It later briefly reopened in 1986 for the premiere of The Color Purple, which featured Whoopi Goldberg and Oprah Winfrey.

We enjoyed seeing the location of the house where baby Alice was born, although all that remains is some rubble from the chimney. We also had a chance to see the place Alice called home, built before the American Civil War, until the age of ten. Alice grew up in an era when the children of black sharecroppers were expected to work in the fields at a young age. But her mother insisted that her children received a decent education and enrolled Alice in school when she was four. She was a creative little girl who started writing when she was eight.

We next visited The Wards Chapel AME Church. Here the Walkers had attended services for many generations, and Alice herself was baptized here in 1944. This historic African-American congregation dates to the 1880s, giving us more insight into how young Alice’s life and values were formed. The nearby cemetery is the final resting place of many of her ancestors’ including her mother and father. 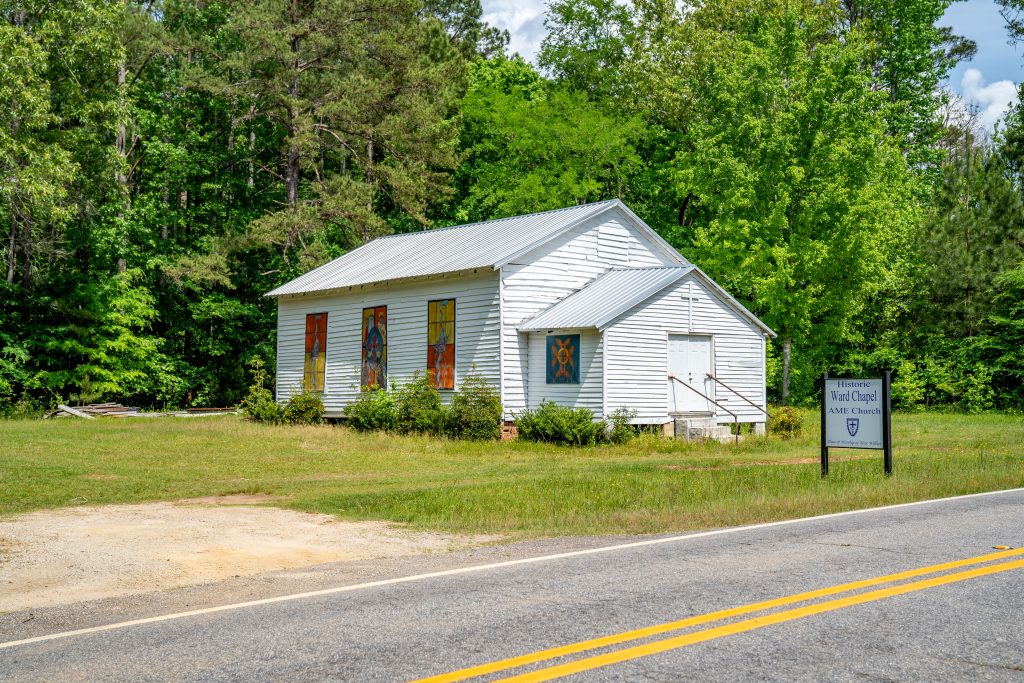 A quick drive by the Butler-Baker School from where Alice graduated in1961 as valedictorian is a reminder of our schools and teachers’ impact on our lives. From here, Walker enrolled in Spelman College in 1961 after being granted a full scholarship by the state of Georgia for having the highest academic achievements in her class.

After the driving tour, we decided to drop by the Georgia Writers Museum and visit the permanent exhibition dedicated to Alice and her amazing life. We had the opportunity to view photos of her you won’t be able to find anywhere else and learned unexpected facts about her.

Our favorite was a picture of the six-year-old Alice with pigtails and a big bow. Throughout her writing career, she always displayed this picture on her desk to remind her of her big dreams as a little girl. For us, it encapsulated the driving tour—although Alice came from humble beginnings, she dreamed big and became a powerful force for discussing race and gender through her writings.

While You Are Here... 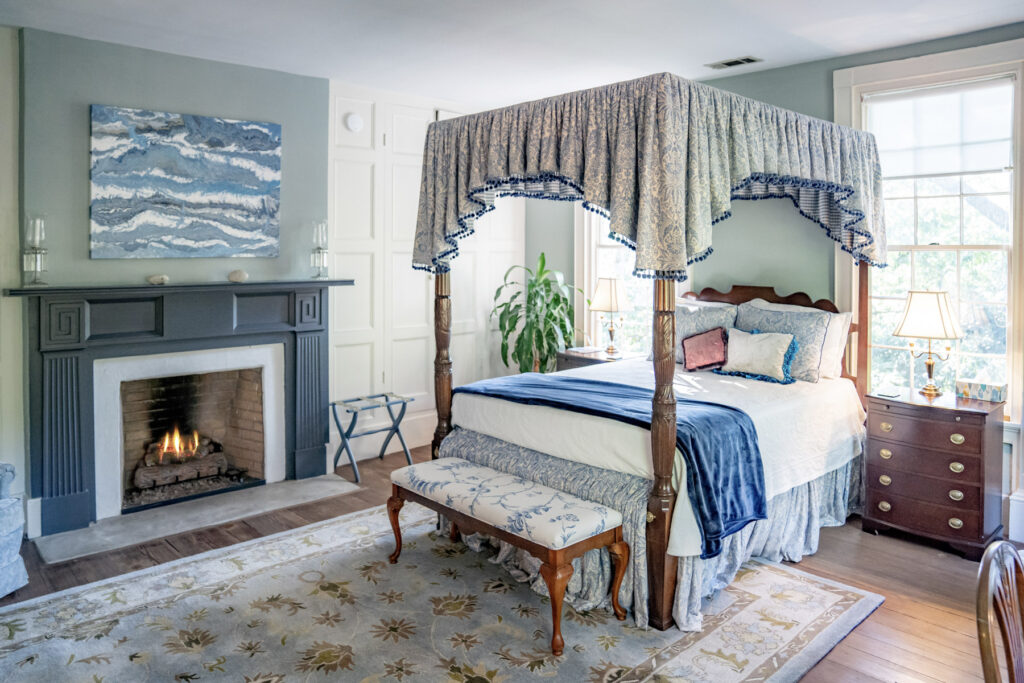 Putnam County has hundreds of short-term rentals perfect for any vacation. Choose from secluded lakefront properties for a couple’s getaway or large lodge-style homes perfect for family reunions or events. 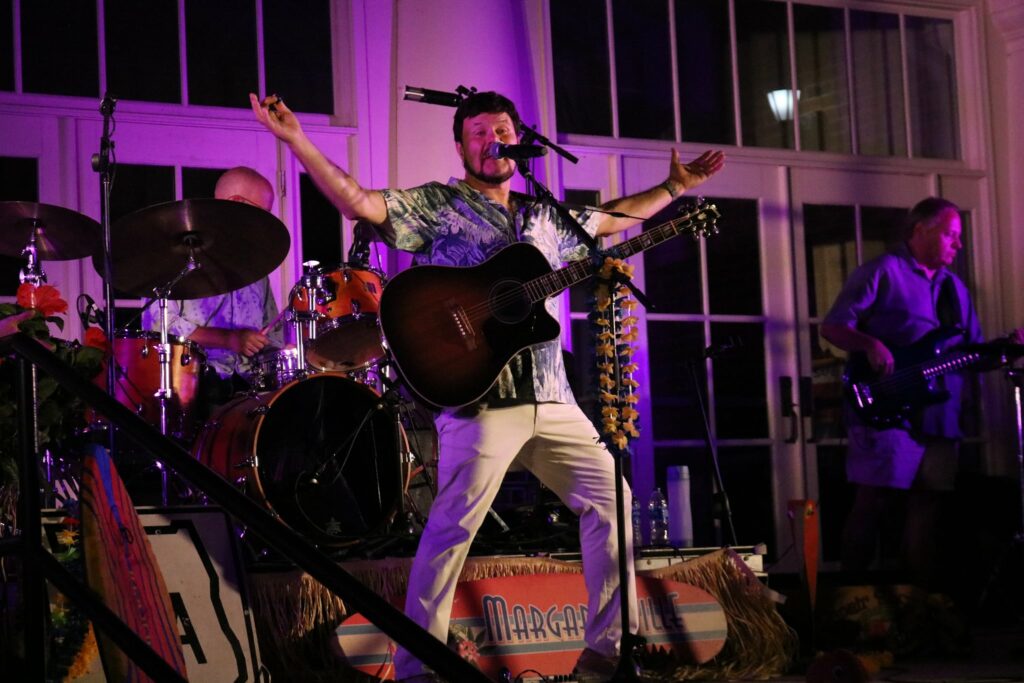 Eatonton is the proud home of several popular annual events, such as Taste of Eatonton, Dairy Festival, and the ME Film Festival. Check out our events calendar to learn more about what’s coming up this year so you can plan your visit accordingly.