With centuries of stories to tell, the lore of past Eatonton residents still occupies conversations of both residents and travelers alike.

Sylvia, the most-famed spirit of Eatonton, resides in Panola Hall and most likely has since the Civil War. Wearing an all-white hoop dress and smelling of roses, she began to make herself known following some type of traumatic event that occurred on the property. As folklore goes, Sylvia was arranged to marry someone in the Eatonton, but he was not suited for her personal taste and she wished to flee the day of the wedding. In the process of her trying to climb out of a window, she fell into a large trunk in her room in trapped herself inside.

When her family found her room empty with the window open, it appeared that she was successful in her escape attempt and boarded the room shut, never to be opened again. This is not the only theory as to why Sylvia’s spirit lives on in the house, but it is the most widely known.

In modern times, Sylvia brings positive energy to the property. She is playful and welcoming to the current homeowners. Her bedroom stays neat and the windows are always open so onlookers may catch a glimpse of Sylvia for themselves. Around Halloween, you may even see multiple Sylvia’s throughout the streets of Historic Downtown Eatonton. 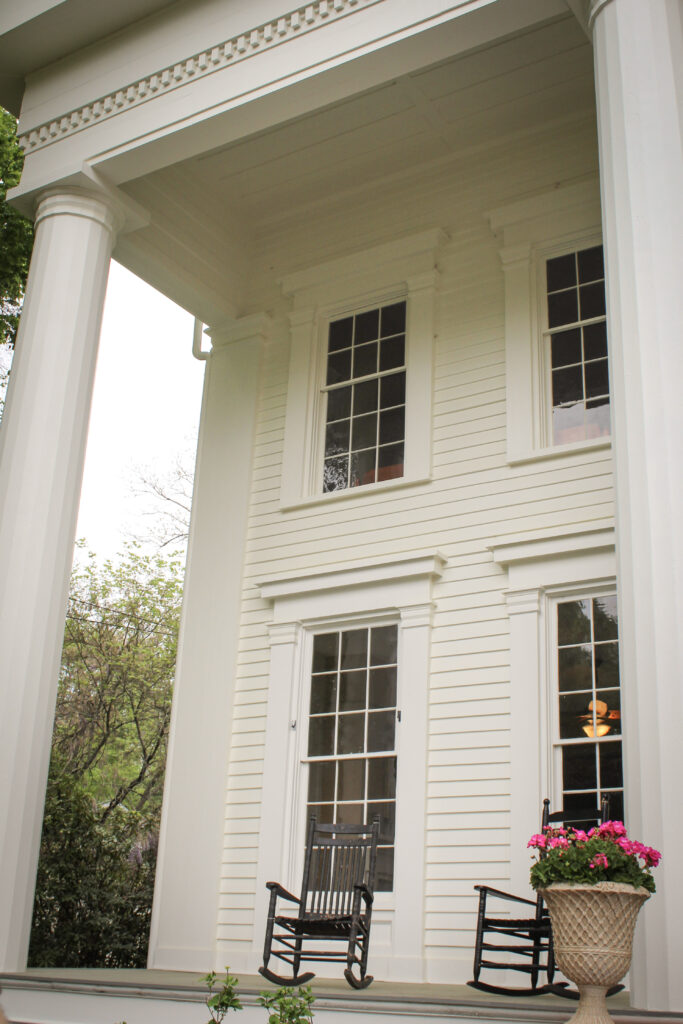